We are actively improving NSHIFTED. Stay up-to-date with our latest features and releases!

Improvements all around, including:

– Rise on Ignition fix for preset button not lighting up

Preset Saving by Adjustment – When saving to a preset, there is now a possibility of adjusting the pressure in the airbags to the exact desired values.

Preset Preview – Easily preview the saved pressure values of a preset on the pressure gauges.

Voice Control – experience controlling your air suspension in the most intuitive way possible. By speaking to it!

Compressor Control – ability to start or stop the compressor/s. Available only in the new NSHIFTED V2 ECU.

Pressure Switch in-App – ability to start or stop the compressor/s based on a min and max pressure value. Available only in the new NSHIFTED V2 ECU.

Calibration sneak peak – new feature coming soon for perfectly tailoring the NSHIFTED to the actual car & air suspension – this is a big feature that will help a lot with the presets.

Improvements all around, including:

Communication with the ECU:

Joysticks! Experience a fresh and different way of controlling your air suspension system. The Play tab page under Settings now contains redesigned controls in the shape of joysticks, for a much more play-oriented feeling.

Auto-leveling! By enabling the auto-leveling feature on a specific preset, the NSHIFTED system will start to monitor the suspension, constantly making slight adjustments in order to keep the suspension at the desired state.

Communication with the ECU: 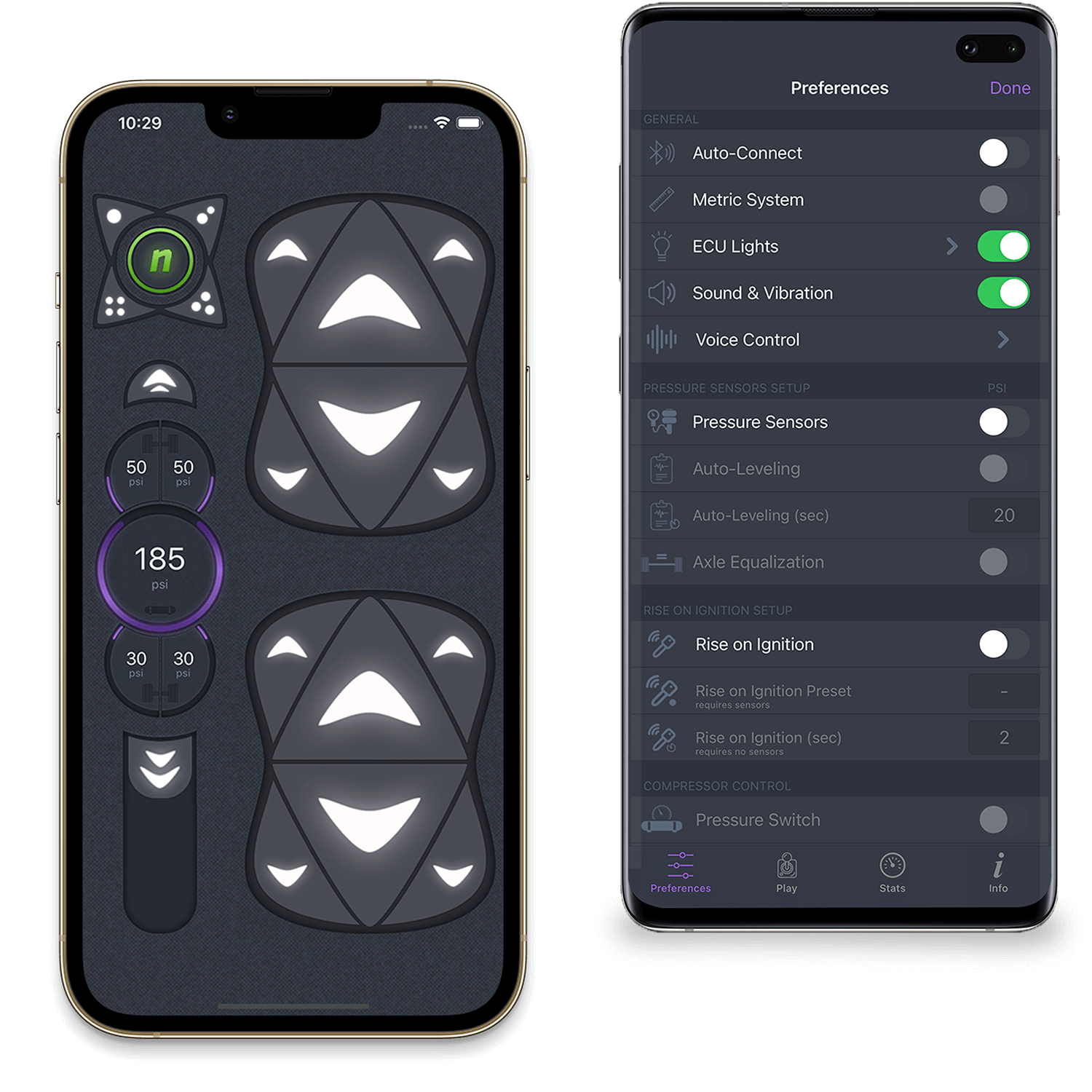 Just one tap away from your air suspension

Ready to get the app?